Descriptions of the distinguishing Colours of the Pleasure Boats which Sail on Friday, July 2, for the Cup given by the Proprietors of Vauxhall Gardens. 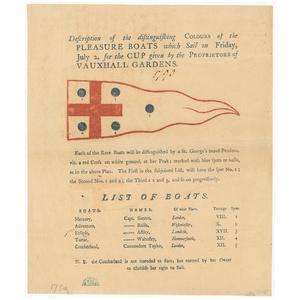 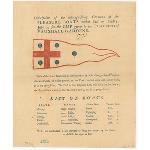 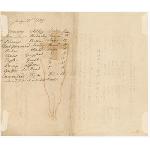