In 1859, the clipper 'Sunny South' was sold to Havana, put into the Atlantic slave trade, and renamed 'Emanuela.' She had the reputation for being the fastest slaver sailing out of Havana. On March 5, 1860, the slaver left Havana allegedly bound for Hong Kong under the Chilean flag. On August 10, 1860, the British screw sloop-of-war HMS 'Brisk' captured the clipper with 846 slaves aboard in the Mozambique Channel. 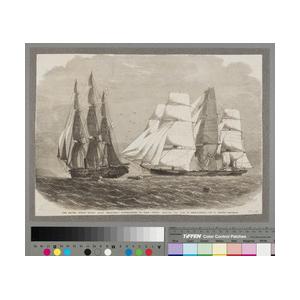