Two sequential foldout illustrations from Stanislaw Lubieniecki's (1623-1675) 'Theatrum Cometicum' published in Amsterdam ca. 1668 pasted together after separation from book. The two illustrations depict uranoscopic (observation or study of celestial objects) view of the orbits of two significant comets against pictorial illustrations of the constellations. One of the comet's paths observed by Clarmo Kechelio from Leiden and Hamburg from November 22 to January 1665 is illustrated in an inverted arc that starts at the bottom left corner, near the raven beak of Corvius (Corvus), to the open mouth of Cetus. The second comet orbit is on the upper right corner overlapping Pisces, Andromeda, and Pegasus. The 'Theatrum Cometicum' is a book concerned with comets rather than stars, and each of the many maps shows the path of a comet through the heavens. It provides an account of over 400 comet sightings throughout history, but much of the book is devoted to comet sightings in 1664 and 1665 by distinguished scholars such as Athanasius Kircher, Henry Oldenburg, and Otto von Guericke. Each supplied their own constellation charts. Hence, the engravings produced for the book reflect a variety of cartographic traditions popular during the 17th century. By discussing their meaning, Luvienietzki helped usher an astronomical rather than astrological approach to the study of comets. 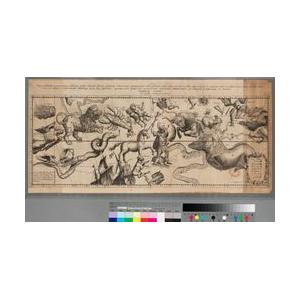 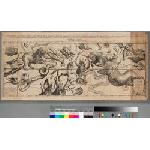 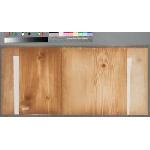