William the Whaler, and his Great Lone Whaling Expedition

Black and white ink drawing of William II of Germany standing atop a small canoe in stormy seas, holding aloft a harpoon. In the background is a ridge of ice atop which sits a smiling walrus. Three spouting whales are depicted with heads barely breaking the water's surface: the spouts read, "PRESS", "EDUCATION", and "SOCIALISM". The image is signed in the bottom left, "Linley Sambourne [1 April?] 1892". On the verso is pasted a clipping which reads, "45 WILLIAM THE WHALER, AND HIS GREAT LONE WHAL-ING EXPEDITION. Modern Imperial German Version (by Bizzy the Pilot)["The arrangements for the German Emperor's Whale-hunting Excursion have been made."--The Times] April 9, 1892" 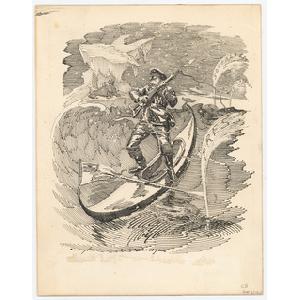 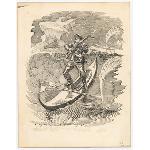 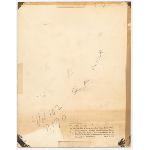