Trying Out in the Night

Black smoke rises from the decks of the two whaleshipsin the middle ground and background against the night sky bearing a full moon. The overall tone of the painting is dark to accommodate the appearance of nightfall. The tryworks were cast-iron pots set into a furnace where crewmembers boiled out whale oil from blubber. The use of tryworks allowed ships to stay longer out in sea. "'Trying out' had to be done as soon as the whale had been captured to insure against losing him and also to waste no time. In a rough sea this was a difficult task. The cutting stage on American vessels was on the starboard side, while on English whalers it was set up on the port quarter. An exact replica of a 'Try Works' is an unusual object of interest to be seen in the attractive Nantucket Whaling Museum. We might introduce here a statement from 'Barzy Mack's Biology,' quoted also in Herman Melville's 'Moby Dick:' 'Whales has feelin's as well as anybody. They don't like to be stuck in the gizzards an' hauled alongside, an' cut in, an' tried out in those here boilers no more'n I do!' One whaleman, apparently also an especially good cook, is said to have remarked that excellent doughnuts can be made of whale blubber. Shakespeare referred to whale oil in these terms: 'The sovereign'st thing on earth was 'parmceti for an inward bruise.' Ambergris was, of course, the special prize. Although part of the bowels of a sick whale, it is related that it was of special value in reviving fainting ladies at long court receptions. Another article much sought after was whale milk which was said to be good on strawberries when cream was not available. The tongue, in the Middle Ages, was in some countries a great table delicacy. It was also prized as a perfume and sometimes in cooking as a spice, according to one writer." See Allan Forbes, Whale Ships and Whaling Scenes as Portrayed by Benjamin Russell. Presenting Reproductions in Color of the Paintings of the Foremost Artist in That Field (Boston: Printed for the Second Bank-State Street Trust Co, 1955), 73. 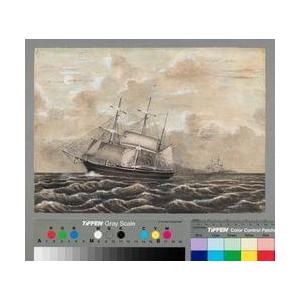 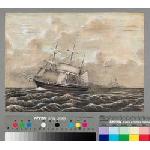 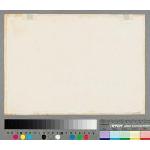