Depiction of the HMS Dominica's capture off the Bermudas on August 5, 1813 during the War of 1812. American privateer Decatur and the Royal Navy warship Dominica engaged in a fierce contest that ended with the capture of the British ship after a long battle. 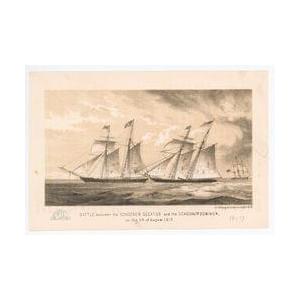 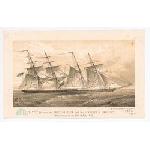 BATTLE between the BRIG CHASSEUR, and the SCHOONER St. LAWRENCE, off Havanna on the 26th of Feb. 1815.
CC-P-0046
Weingartner, Adam; Coggeshall, George
1856
View 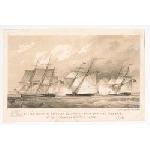 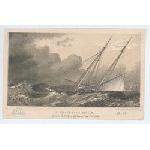 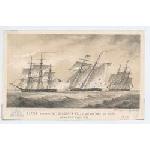 BATTLE between the SCHOONER ATLAS and two BRITISH SHIPS, on the 5th of August 1812.
CC-P-0050
Weingartner, Adam; Coggeshall, George
1856
View 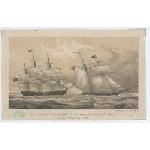 BATTLE between the SCHOONER ROSSIE, and the SHIP PRINCESS AMELIA, on the 16th of Sept. 1812.
CC-P-0051
Weingartner, Adam; Coggeshall, George
1856
View 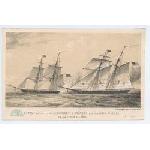 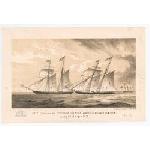