Hand-colored map of Cyprus with six inset maps of the smaller islands of Cyprus. Page from the 1628 French edition of Henricus Hondius' "Atlas." There is a whale and vessel depicted in the Mediterranean Sea. French text on verso. Ortelius was the first to publish a book that could be called a modern world atlas, the Theatrum Orbis Terrarum (1570); Mercator published a book with maps (1585-1595) which was given the name "Atlas" for the first time. The first big world atlas in Amsterdam appeared in 1606 when Jodocus Hondius edited a new publication of Mercator's Atlas. After 1620 the publication of the Atlas was continued by Henrik Hondius (ca. 1596/97-1651). Various editions appeared, in 1623, 1628 and 1630. 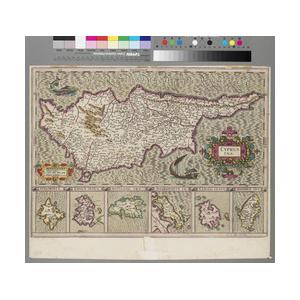 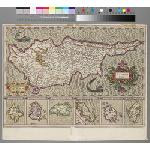 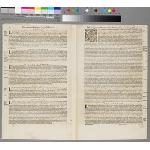