commemorative silver bowl with signatures of Neurosciences Research Program participants. Silver bowl with decorative riim on three feet. Engraved with message "Thank you // Kay Cusick // from the Associates // Neurosciences Resarch Program // October 1979." Engraved with signatures on inside and outside of bowl. Hallmark on bottom: etched "1602124" over stamped "W" in circle with three points on each side over "Sterling //E275". WIth original plastic bag from Anderson's Jewelers in Wellesley. In 1962, MIT Professor Francis Otto Schmitt and a group of scientists from around the world interested in understanding the connection between the brain (the organ) and behavior and the mind, founded the Neurosciences Research Program (NRP) at MIT. NRP organized and held specialist meetings of basic topics, inaugurated a new journal and book publishing program which helped establish the interdisciplinary field of "neuroscience." Making sure this happened was Katheryn (Kay) Cusick, who began her long affiliation with NRP as executive secretary in 1964, later becoming administrative officer and eventually associate director for administration and finance. Her coordination was vital as the program was administratively complicated, including associates in several disciplines--biology, anatomy, physics, zoology, and chemistry--at several different universities and research institutions. In 1979, in recognition of Cusick's years of service, the program presented her with this silver bowl, signed by all the program associates through that time. The influence of the program in training significant neuroscientists is clear--the signatures include those of nine presidents of the Society for Neuroscience and six Nobel Laureates. [MIT 150 Exhibition label text] 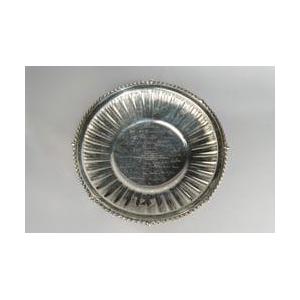 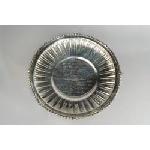 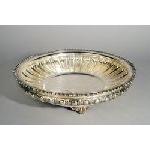 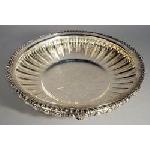 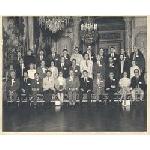