Shoal of whales in the Solway Firth

Black and white newspaper woodcut depicting three beached whales (two in the foreground and one in the background) on a beach identified in the text as the coast of Cumberland. There are mountains, a windmill, two human figures, a small boat, and spouting whales at sea in the background. The woodcut is an illustration to a news piece about a shoal of whales captured on the coast of Cumberland, "first seen by some fishermen in the Irish Sea, on Saturday, 16th December" of 1854. The reverse of the woodcut identifies the newspaper as the London Gazette, published in January 1855. 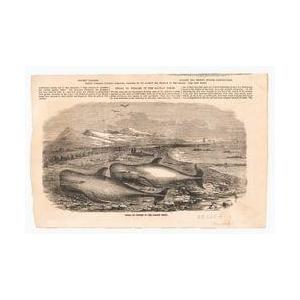 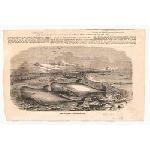 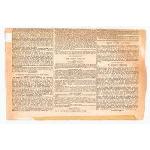