Sidewalk medallion, brass figure of a beaver chewing on an Harvard H. During the construction of Building 68 (Koch Biology Building), one of the project staff members from Facilities who was a Harvard alumnus decided to pull a small hack in retaliation for the ribbing he had been receiving from his colleagues. In the spring of 1995, a section of the sidewalk at the corner of Ames and Main streets was replaced following utility work for the Building 68 project, this individual embedded a brass "H" into the surface. (Similar to the brass-castings that used to be embedded in poured-concrete sidewalks by construction crews in years past.) Not to be outdone, several Facilities staff members collaborated with staff members from an MIT departmental machine shop to fabricate a brass "H" being gnawed by a beaver. This artifact was embedded in the sidewalk in front of Building 10 in Killian Court. It was noted that all MIT students entering and graduates exiting the campus at graduation would have to "walk all over Harvard." The hack was removed per orders from the Administration in order to discourage further hacks in Killian Court. In the brief description on p. 137 in Nightwork, the action was characterized this way: "Claiming a flaw in the cement, the MIT administration removed the panel and replaced it weeks later, without embellishment." The "H" was also only on display for a limited time as during the summer of 1995, the City of Cambridge had to repair a water main break at that intersection. Facilities colleagues tried to get to the site before it was destroyed by jackhammers but were unsuccessful. 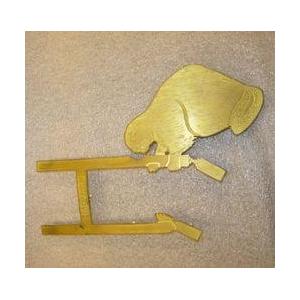 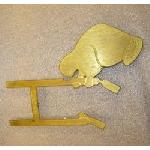 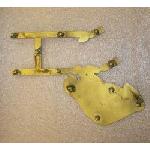 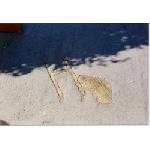