Page from Munster's Cosmographia, with woodcut of an unhappy-looking man whose arms and head hang from the mouth of a giant fish identified in the German text as a whale. Above is a woodcut with a coat of arms containing a lion with axe and crown. The part of the text describing the whale translates approximately to: "There is also, in the Norwegian country, a strong, big, fish. It is called Balenas in Latin, and Walfisch in German. They have been found to be more than 100 ells (elenbogen, lit. elbows, English equiv. is the ell; a measuring unit) long. " 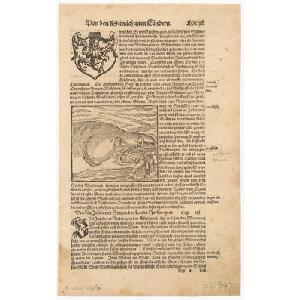 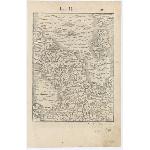 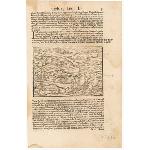 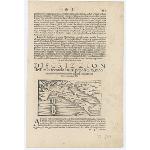 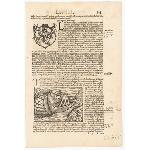 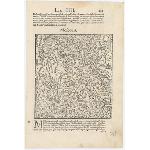 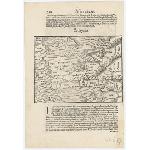 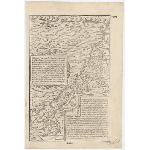