A detailed description of this artifact has been provided by Prof. Hale Bradt. There are 3 main pieces: the payload in casing; "nose cone"; and extender ring. Searching the heavens for x-rays On July 7, 1967, NASA launched an Aerobee 150 Sounding rocket from White Sands Missile Range that contained this payload module. A young MIT physics professor Hale Bradt led the project that developed a unique apparatus to survey the sky for x-ray sources. It was the first flight of a program that continued until the early 1980s and marked the start of MIT's x-ray astronomy program. This particular flight confirmed several x-ray sources including the galaxy M87. It was among the first experiments that showed x-rays came from distant objects outside our own galaxy. How it worked: Like all rocket payloads this module was located at the very top of the Aerobee Sounding rocket. After the rocket launched, the payload door would open (as displayed) exposing the detectors. Once the measurements were taken the door would close before reentry, the payload separated explosively from the rocket. A parachute would deploy when the payload fell to about 20,000 feet. Professor Brandt recalled that this first payload was recovered about 50 miles from the launch site. About the payload: Professor Bradt donated this payload module to the MIT Museum in 1988. The metal casing and door are from the original 1967 launch. The payload on display was from a later launch (1968?). Plastic has been substituted for beryllium windows, which were broken in the launch, and it was carefully tested for radioactivity before display. In 1988, Prof. Bradt donated the original 1967 payload to the MIT Museum (1988.003.001) 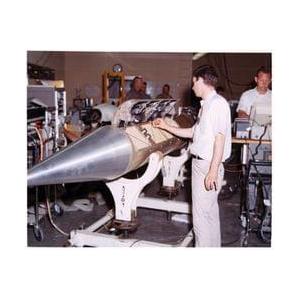 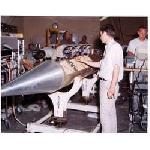 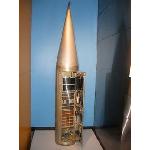 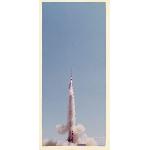 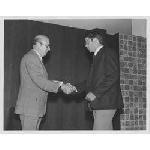 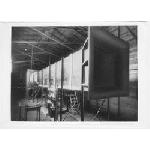 Department of Aeronautics and Astronautics
View 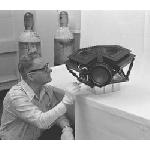