Although the technology is now over 50 years old, lasers are still cutting-edge. In the 1950s, Charles Townes invented the maser (built by James Gordon and Herbert Zeiger), a device that produced coherent microwave radiation beams and for which he received the 1964 Nobel Prize in Physics (with Nicolay Gennadiyevich Basov and Aleksandr Mikhailovich Prokhorov). With Arthur Schawlow, Townes (who would later move from Columbia to MIT) proposed that the same method could be applied to light to produce optical lasers. Their theory also discussed the fundamental limitations of lasers due to the quantum characteristics of light. Ali Javan, then at Bell Laboratories, built the first Helium-Neon gas laser. At Lincoln Laboratory, Charles Freed was the first to build carbon dioxide gas lasers stable enough to verify the Schawlow-Townes limit in conjunction with lead-salt lasers developed by colleagues. The results of the Lincoln Laboratory 1968 report were tested again in 1981 using improved equipment, which provided even finer line-width results. The list of MIT laser inventors is lengthy, but thousands more researchers use lasers as part of their work in other fields. [MIT 150 Exhibition label text] 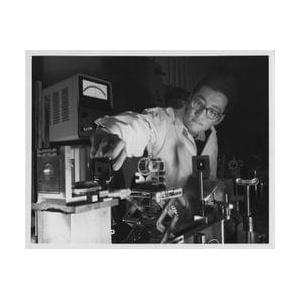 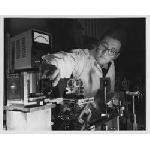 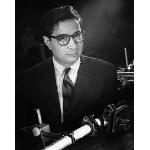 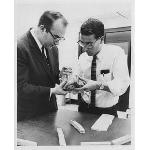 Anthony Kettaneh and Robert A. Gladstone examine a chunk of Manhattan schist they have just used a laser beam to crumble. 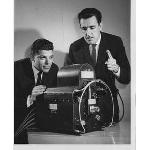 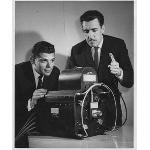 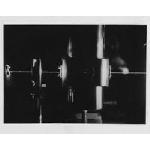 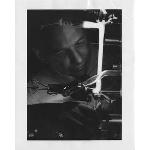 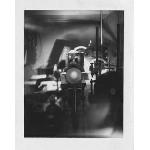 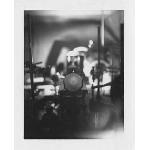 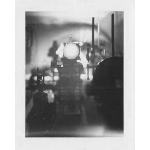 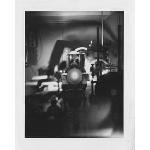 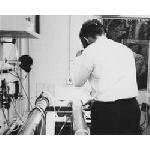 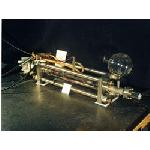 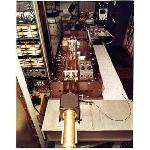 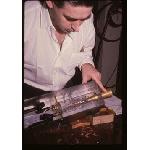 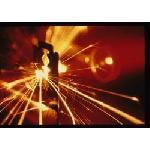 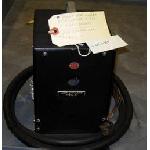 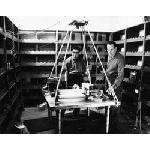 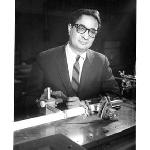