Vessel Name: Adriatic
steamship
1856
Steers, George; Novelty Works
Commissioned by the Collins Line and launched April 7th 1856. She was the largest ship in the world when launched. Served breifly as US Mail steamship prior to US reductions in US Mail subsidies which led to bankrupcy proceedings for the Collins Line. The Adriatic was auctioned off and purchased by the Atlantic Royal Mail Navigation Company. 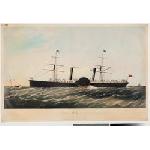 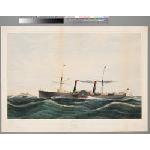 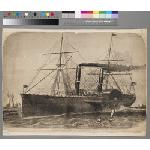