Cory Kidd, MIT Ph.D. 2008, built a sociable robot system to assist individuals trying to lose or maintain weight. He wanted to learn more about human-robot interactions. In particular he wondered: "Could a robot develop an effective coaching relationship?" Fifteen people took part in his experiment that showed users working with Autom would be likely to stick with their diet twice as long as test subjects using a paper-based diet log. When no one wanted to return the robot after the experiment had finished, Kidd was inspired to develop a commercial version. Currently on display on the MIT Museum's second floor in "Robots and Beyond: Exploring Artificial Intelligence at MIT" 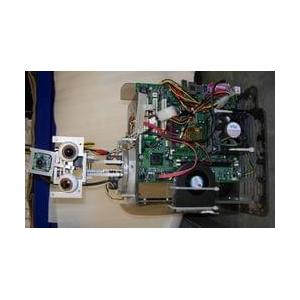